In early April, performance artists from different parts of the world gathered in Belfast to participate in workshops, engage in discussions, and collectively perform in public contexts during the Being in Public | Encounters | Outer Place / Inner Space symposium. These moments were fueled by a shared passion for creative production and the ephemeral rawness of communication that action-based art offers; art not driven by an incentive for entertainment, but to discover new ways of being in the world and being with each other. Throughout this symposium, organised by Bbeyond, there was a lingering question of how can performance actions transform citizens, all while emphasising the value of creative communities. As an artist, I treasure organisations like Bbeyond in Belfast and the Mobius Artists’ Group in Boston, which provide support for experimental art practitioners that also emphasise the value of embodied action as a means of creative expression. Mobius was formed in 1977 by Marilyn Arsem, encompassing a structure informed by radical strategies and tactics of the time that emerged from the anti-war movement. Bbeyond came about in 2001, with the Performance Monthly (which began in 2008), or monthly group improvisational performances taking place in public space, as a key activity of the group. I want to take a moment to highlight the significance of artist run organisations, especially those that foster a community-centric ethos in a market driven art world that thrives on the success of select individuals at the expense of other artists. 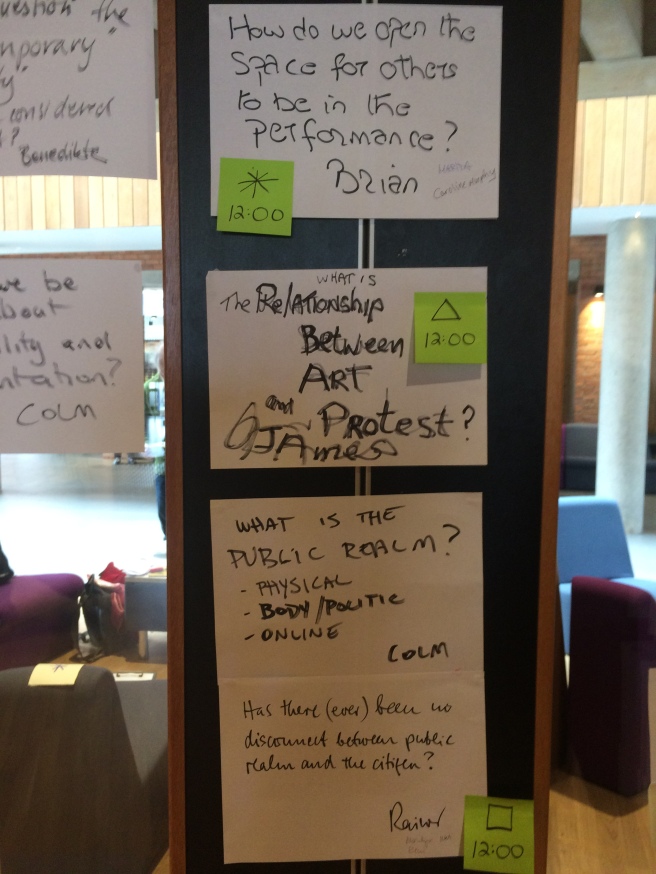 Groups such as these create a place to perform, a space where actions are valued as aesthetic experiences through the cultivation of a shared language and appreciation. They provide room for play, not unlike a creative incubator or a research and development space for the arts (thanks to Marilyn Arsem for this description). Instead of placing emphasis solely on the output, process has prominence. Through exchanges of ideas and gestures, trust builds between artists that cultivates a stable ground from which to create. Artists are accountable to their ideas, encouraged to pursue hair-brained schemes, find ways to work together in pursuits of the impossible, and receive invaluable feedback—not so much a critique in the traditional sense, but a means of honing ideas strengthening intentions.

I don’t want to get caught up in gushing too much praise; working with others has its challenges and tensions. With the formation of a group, there are inevitable exclusions—who is a member and who is not, who gets included in activities and who does not. As long as moments of conflict are treated as chances to learn from each other, it is possible to become comfortable with personal difference as we find ways to move forward together. In addition, these groups are not immune to the nuances of human behavior — artists are always at risk at reinscribing the systems and relations they claim to critique (even inadvertently). What I have come to value about artist-led organisations like Mobius and Bbeyond is the emphasis placed on the idea that the prosperity of the individual depends on the ability to look beyond the self towards the success of the group, which includes working through personal differences that includes, at times, uncomfortable processes of emotional negotiation. Such a form of human relation provides an alternative to the model where personal glory is made at the expense of making other artists invisible while exacerbating their precarity. Artist groups rooted in a community ethos offer ways of countering the many vulnerabilities associated with being an artist today, as it introduces a collective space that allows the individual to prosper. The process can be slow and the outcome not always obvious, but progressive revolutions that encompass long lasting change require patience. 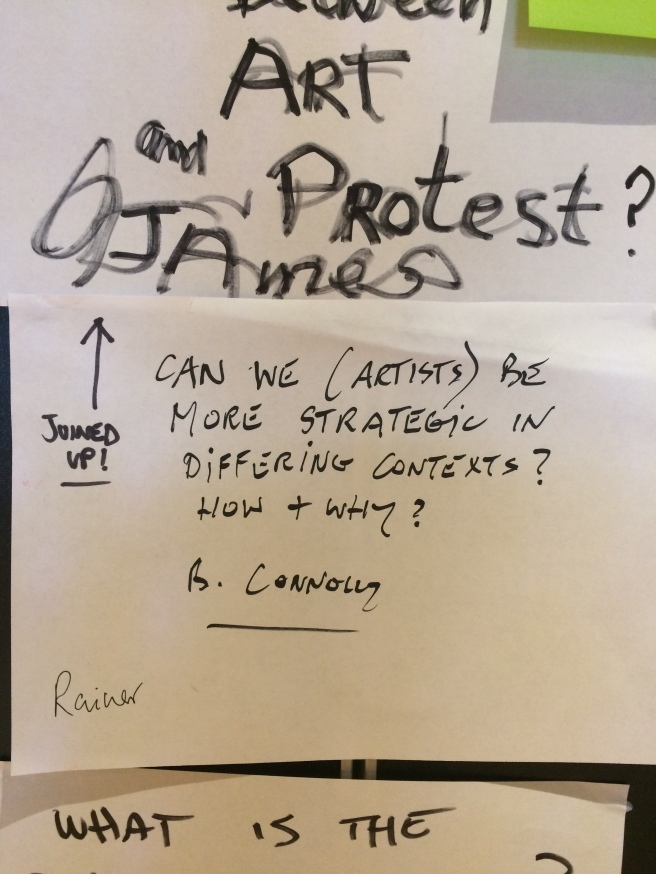 Images are questions posed during the Being in Public | Encounters | Outer Place / Inner Space symposium hosted by Bbeyond, April 3-8, 2017.