Since 2008, the Performance Monthlies have been a key activity for the Belfast-based performance art group Bbeyond. Each performer works individually, though they evolve “alongside each other, singular yet part of the whole. By opening up the possibility of accepting and responding to someone else’s actions, an ethics of encounter emerges.”[1] Notably, performing as a group in a public space has an explicitly political function in post-conflict Belfast. Karine Talec points out how in this “context of heavy surveillance and division, many artists in Northern Ireland feel compelled to question the priorities of public space.”[2] While the actions themselves may not appear explicitly political or critically engaging with the dynamics of Northern Ireland or Belfast, merely the act of presenting a performance gesture or action functions as an aesthetic rupture that defies the implied performance of a space. The implications of these actions are more than providing disruptions to the flow of everyday life, but as Talec describes: “these poetic embodied experiences can be both liberating and healing, their connective nature encouraging a reflection on ideas of community, participation, and dialogue.”[3] The Performance Monthly is fuelled by intuitive play where independent simultaneous actions blend into collective actions, sometimes intentionally and in other instances through co-presence. 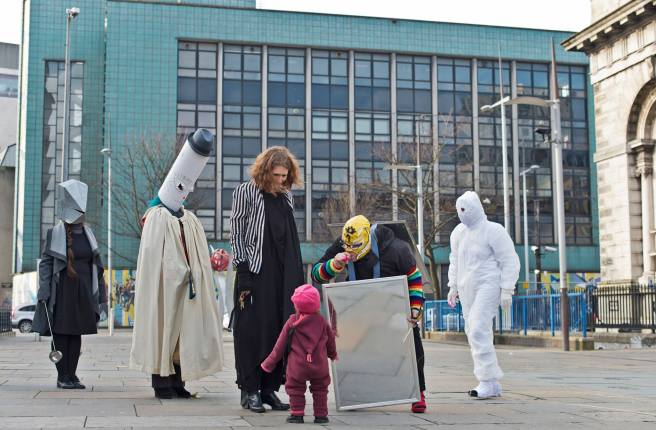 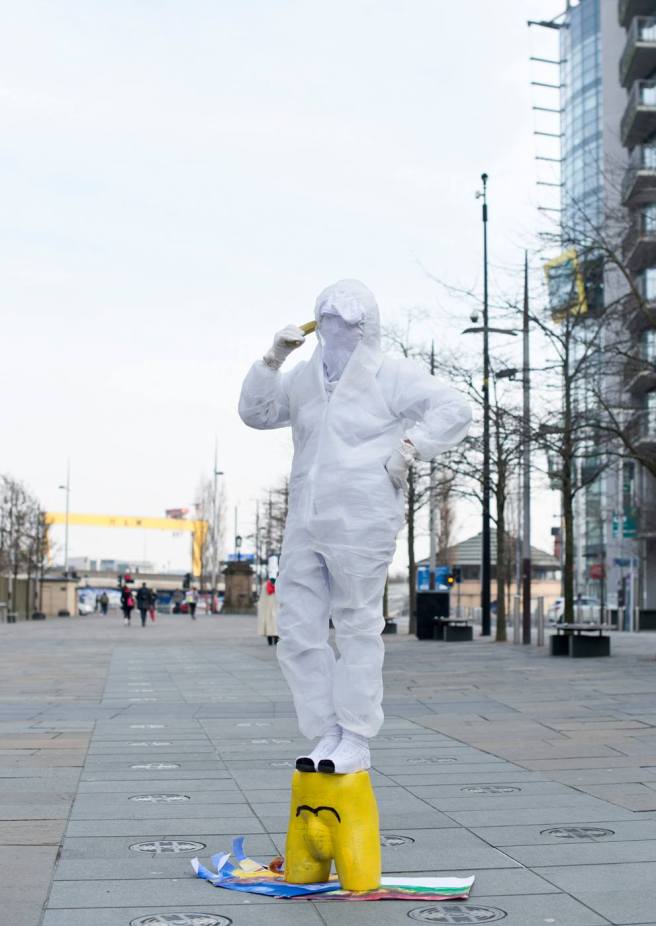 In February 2016, Bbeyond had planned to form a parade in honour of the 100th anniversary of the opening of Cabaret Voltaire and the beginnings of Dadaism. However, a Protestant-Loyalist or Unionist parade of the No 710 Ulster Defenders of the Realm (which Northern Ireland’s Parade Commission, the regulating bodies for parades, designated as “Sensitive”) was scheduled to take place that day along our same route. A last-minute decision was made by Bbeyond to not proceed as planned, due to the possibilities of our actions being misinterpreted by Loyalist march participants and bystanders as mockery — a risk we were not willing to take.  Bowing out of an act that could have been interpreted as political is not a gesture of self-censorship, but an intentional selection of framing the meaning of the work and allowing Bbeyond to continue to occupy the liminal space of disruption that it inhabits. This change in plan allowed Bbeyond to rupture the day, which according to Brian Patterson (one of the founders of Bbeyond), introduced confusion for some witnesses who came to our location to take part in the parade, but were unable to fit Bbeyond into a category of either loyalist or nationalist. Our display of bulky costumes and sounds drew attention, but the intentions were unclear based on the binary logic of Northern Irish parade culture, which is divided between loyalist and nationalist expressions of solidarity. Thus, the non-specific political nature of Bbeyond’s Performance Monthlies can also be considered a strategic response to the overt expressions of political sentiments that informed the bifurcated violence of The Troubles and continues to be manifest through the spectacle of Parade Culture in Northern Ireland. 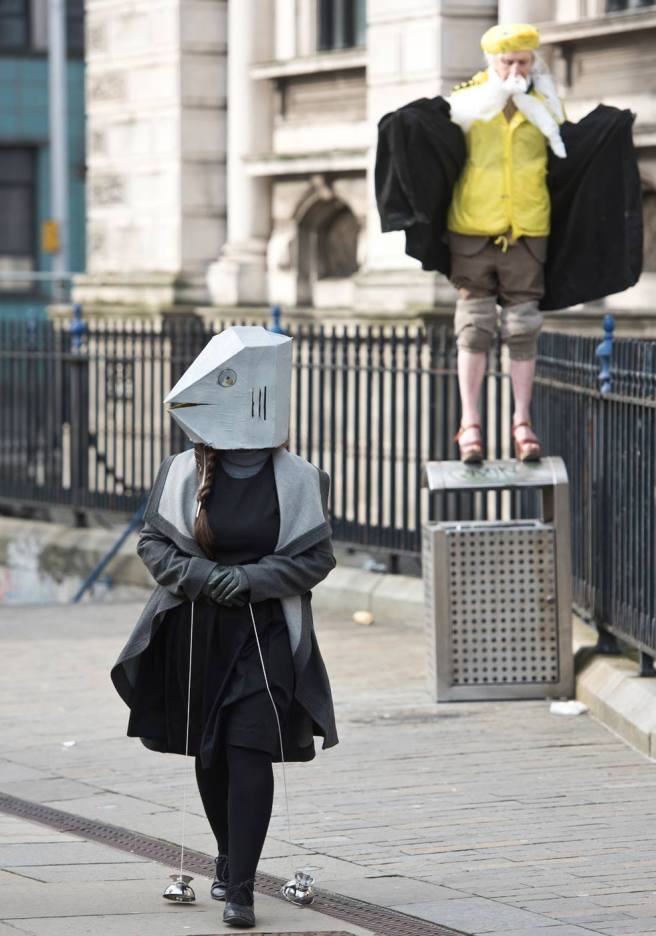 This is an excerpt from a paper given by EL Putnam at the PQ Symposium “Porous Borders” in the Czech Republic, 13 October 2017. The full title is “Between the Troubles and Brexit: The Minor Gestures of Bbeyond as Aesthetic Ruptures in Public Space.” Photos by Jordan Hutchings.