Entering the gallery, I am struck by the complex subtlety of sound. The quiet is loaded between sonified pulses and crackles of noise, building with an unmeasured pace through the cohesion of the three artists, David Stalling, Anthony Kelly, and Harry Moore. Irregular rhythms and semblances of melodies drift in and out. In what can be considered a Cageian silence, attention is drawn to ambient contributions — the slip of zipper, the clacking of heals on stone from the hall, the chatter of passersby. The bareness of the improvised composition match the structure of some of the architectural plans on the wall, stripping buildings down to geometric impressions. As the artists continue to play, the sounds take on a range of textures, from Anthony Kelly’s rumbling noise to David Stalling’s omnipresent tones and Harry Moore’s delicate slips of melody. The interplay of sound and quiet that emerges from the collective playing of these artists through handmade and modified instruments, combined with electronics, creates a sonic compliment to the visions of house and home of the gallery’s exhibition. With bows barely scraping strings in controlled grips, echoes of an invisible house fill the space — an uncanny form with its settling foundation and shifting walls; the sound is sculptural. 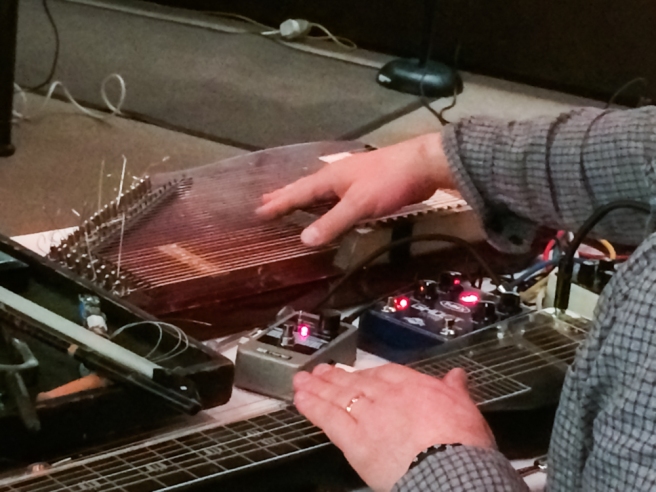 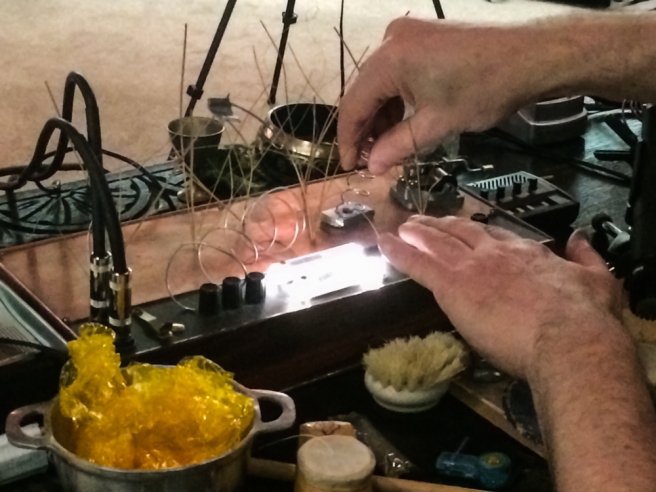 Not quite music and not quite noise, the performance of these artists emphasizes the sonification of gestures, predicated on the art of restraint. The mood shifts and another movement emerges. Energy builds as the artists take visual and sonic cues from each other; acts of improvisation that hinge on corporeal communication. The sound takes on an unassuming weight, not attempting to overpower the foreign noises that sneak around corners, like muffled music playing from speakers in a distant room. Even though the artists and audience stand apart, dispersed throughout the gallery, there is an intimacy that we share in the common experience of listening.

At one point, it becomes evident that the energy is fading. Despite the shifting sensations throughout, there is not really a climax to speak of — rather, coalescing pulsations of energy that shift depending on the level of contributions from the artists. There is a lingering presence of sounds that roll back from the edge of an abyss, only to sputter out and get lost in the revving of a motorcycle from the street, letting the sounds to melt into silence. No applause follows; just subtle smiles and nods that confirm an end. Once the sounds dissipate, I walk through the room taking a look at the drawings and plans of houses placed behind glass vitrines. Presenting residential architecture designated for different parts of Ireland, with some designs realized and others not, I take note of the rough texture of the paper that offers a visual compliment to what I just experienced sonically.

Sounding Space, with David Stalling, Anthony Kelly, and Harry Moore, took place at the Irish Architectural Archive on 28 March in response the current exhibition House and Home. Photos by author.