In 2016, eight years after the economy came to crashing halt and instigated the “Great Recession,” we have entered a state of intentional amnesia. Hence, Low Lying, developed by Ciara McKeon, Robbie Blake, and Jessie Keenan, is significant in that it draws our attention to the wreckage of the bubble bursting against the backdrop of a stilted recovery. The performance does not tell a story, but it asks spectators to consider the implications of our financial activities, pushed by massive overconsumption and claims of innovation. Dressed in articles of fast fashion clothing fresh from Penney’s rack, the performers blend musical composition with choreographed dance and performance action to create an eerily beautiful meditation. Located in the middle of the docklands, against a window that looks onto an incomplete building site claiming to be “Dublin’s new city centre,” emphasis is placed on the unfulfilled promises of growth. Voices echo through the chambers of the bare performance space, bouncing off the concrete structure at the corner of an apartment complex, serving as a cathedral to the free market. The harmony of voices is present yet fractured, as bodies move through the room like a herd of injured pigeons — an apt metaphor for the economic and urban infrastructure that has now overcome us, forcing us to adapt as we become the invasive species.

The performers claim to not do anything blatant and this restraint is their strength. Instead they sing ballads to the glory of the Liffey as performers decay under their own weight; create an interpersonal web with the tape of audio cassettes; and clean the windows with Cif Cream Cleaner, which instead of making the view clearer, only obscures perception of the scene while filling with the room with a distinctive lemony scent. Watching the performers interact through sound, movement, and material emphasizes the significance of human exchange in our increasingly dehumanizing system where people are alienated from each other and modes of experience, where work is contracted, made precarious and celluarized, where the bonds of friendship are replaced with profit-generating clicks on social networks. 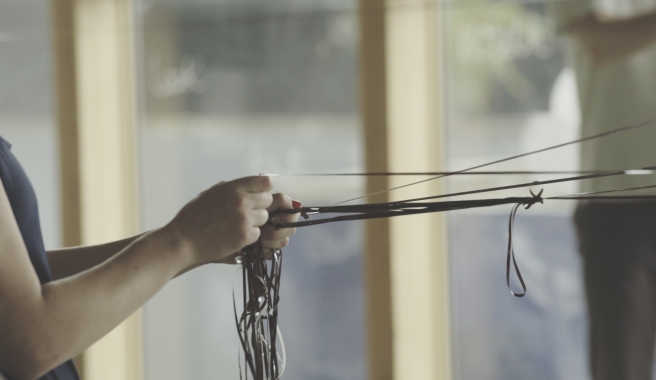 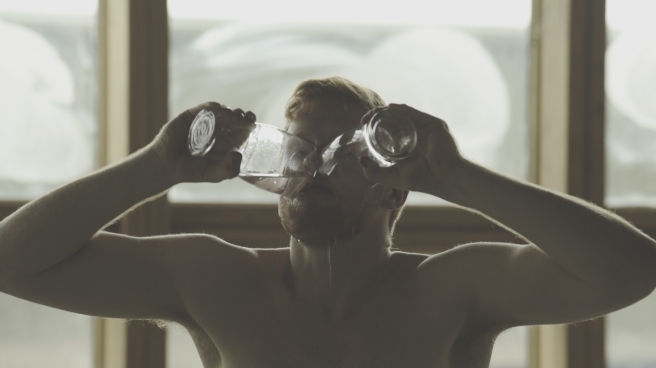 It can perhaps be said that the performance presents a resigned position in its meditation on the economic crisis. Even in the tensions it provokes between beauty, the sublime of our collective economic fall from grace, and the decaying traces we leave in our wake, there are no claims to provide solution nor proclamations of hope. Right now, we don’t need a proclamation of hope — hope, while important, is not sufficient. We can proclaim hope as we spend our ways deeper into debt, fragment our job opportunities into unstainable precarious contracts, and sell off our public support systems. We can proclaim hope as we vote in politicians who perpetuate government actions that support the upper economic echelon at the expense of others. Hope is being privatized and commodified, entrenching us in modes of economic and social relations that ultimately disenfranchise us, and yet we keep doing it because despite perceptions of freedom of choice, our options are limited. Italian philosopher Franco “Bifo” Berdadi describes how we have traded our future for the comforts of a perpetual present as “corporate capitalism and neoliberalism have produced lasting damage in the material structure of the world and in the social, cultural, and nervous systems of humankind.”[1] Low Lying opens an aesthetic encounter within the wreckage of this collapse, emphasizing the significance of maintaining the human touch. As we wade through the social fabric that enshrouds us, we must maintain these human bonds, for it is with these interconnections that we can identify the structural weaknesses of society and capture the propensity for change.